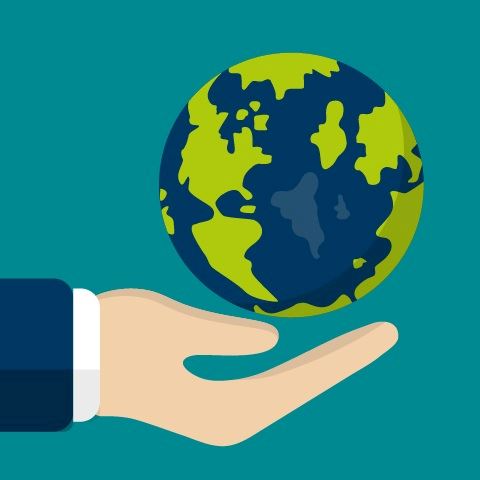 Increasingly, B2B brands are placing significant importance on becoming more socially conscious and aligning themselves with, and actively supporting, social causes. Often, these are referred to as "social good campaigns" or "cause marketing" – where a brand's promotion is paired with a prominent political and/or social issue.

A ‘social cause’ is defined as a condition or behaviour which has negative consequences for a large number of people and is generally considered a problem that needs to be addressed. Popular examples include climate change, gender inequality, civil rights and racial discrimination, among many others.

Today's customers are belief-driven. This means that, unlike traditional customers, who may have prioritised price or convenience, they want to see brands that contribute to improving the world. It's no surprise therefore that research shows that businesses that take a stand are looked upon more favourably by their customers.

Below we look at the dos, don'ts and best practice for how your business can choose and advocate a social cause.

Of course, all social issues, in their own right, are hugely important. With that in mind, remember that advocating a social issue should always be about the issue at hand. It should not solely be about scoring points for your brand.

This means that if your business chooses to take a stance on and/or publicly advocate one or more social issues, it should do so with the care, sensitivity and dedication they deserve. Failure to do so may mean that you do more damage to your brand — and potentially the social issue you've chosen — than if you had simply left it alone.

BrewDog is an interesting example of how businesses can sometimes miss the mark (in more ways than one!), but also make a positive impact when the right balance is struck. Back in 2018, in an attempt to highlight the ongoing gender pay disparity, Brewdog launched its satirical ‘beer for girls’ campaign. Its efforts were met with mixed reviews and customers disputed whether they were conveying the right message, or merely piggybacking on a trending issue.

Despite committing 20 per cent (the gender pay gap in the UK) of its proceeds from bottled Pink IPA and Punk IPA to causes that fight against gender inequality, its good intentions were somewhat lost due to its over-simplistic and generally insensitive 'beer for girls' tagline. Rather than speak to the root of the issue it wanted to highlight, general consensus was that BrewDog's efforts seemed more like a publicity stunt.

Conversely, in 2020 BrewDog was widely applauded for its strong stance against climate change. It made a number of internal changes to its products and processes, culminating in an announcement that it was the first carbon-negative beer business. To further its efforts, the business also purchased a significant portion of land in Scotland, which is now known as the ‘BrewDog Forest’, and plans to plant one million trees and restore 650 acres of peatland in the future. BrewDog said ‘our carbon is our problem, so we are going to fix it ourselves with our own 9,308 acre forest’.

While its 'beer for girls' campaign split opinion, its BrewDog Forest initiative drew widespread praise. No doubt because it focused solely on concrete action. It demonstrated a genuine, long-term commitment to making a real difference in the ongoing fight against climate change while taking full responsibility for its own impact on the environment.

The contrasting outcomes of these two BrewDog campaigns show that there exists a fine line between edgy and progressive, and inappropriate or dangerous to your brand — and it's constantly shifting.

More recently, BrewDog co-founder Martin Dickie was forced to apologise to more than 60 former members of staff after they complained of a "toxic" working environment in an open letter. The letter went on to say that "being treated like a human being was sadly not always a given for those working at BrewDog". This culture is the antithesis of how BrewDog presents itself publicly — as a business committed to equality and other progressive values. This type of PR fallout neatly encapsulates the importance of a business living and breathing the values it extols from the inside out. (More on this later.)

Four tips for choosing a social cause to support

All social issues deserve attention and promotion in their own right, and business's should foster cultures where social causes are embraced. But if your brand has chosen to support publicly and actively one or a select few in a significant way, then here are a few top tips to consider.

Before diving in, businesses should first hold a mirror up to themselves and reflect on what their own core values are. The social issue you decide to support should be the right fit for your business and naturally lend itself to your own values. That way, what you do and say will come from a place of real authenticity.

Businesses should also be mindful to choose a social, environmental or political issue that connects with their customer base and matches how their customers and stakeholders view their brand.

With that in mind, a successful social good campaign should go far beyond raising awareness of a particular product or service. It should provide intrinsic value by inspiring, educating and enlightening your customers on why the issue is important to your brand. Doing so can contribute to increased customer loyalty, drive customer engagement and ultimately, generate more business.

2. Plan the impact you want to make

Have you considered the impact that you would like your social good campaign to have on your local community and/or the wider world? It’s not enough to merely choose a social cause and say that you support it. As far as possible, your business should aim to be active advocates and make a tangible difference.

Regardless of how "big" or "small" the social issue is, it's what you do to support it that matters. Organisations can consider more prominent issues like climate change, gender equality and racial discrimination, or zero in on more focused issues, like saving a local community centre or contributing to a food bank.

Be prepared for the potential risk you could expose yourself to in the event of a misstep. Research and gauge reaction from your audience and invest time and resource educating your staff about the social cause you're considering supporting.

You should also have a comprehensive contingency plan in place that sets out how your business will react in the event of a misstep. Earlier this year, for example, Burger King missed the mark with its "women belong in the kitchen" tweet – part of a three-part thread announcing a scholarship for female chefs on International Women's Day. Many criticised its format and just hours later Burger King moved quickly to rectify its misstep, deleting the tweet and issuing a swift apology clarifying the tweet's intent.

4. Avoid "jumping on the bandwagon"

While choosing to support a cause is admirable, avoid rushing into something simply because it's trending on Twitter. Businesses that make noise about a cause without backing it up with tangible action and/or long-term commitment can quickly be found out. Millennials and Gen Z are especially attuned to fakery and are willing to call businesses out on it. Remember: commit for the long-term, implement concrete actions, and inspire, educate and enlighten your audience.

Putting it into practice

The cause your business chooses should radiate throughout your company. To help you along the way, consider offering incentives to encourage employee participation in promotional activities. Or adapt policies and/or processes to align your business even closer to your cause. The more you can do to really embrace and 'live' your social issue, the more effectively and authentically you'll be able to get your message across to your audience.

Let's reflect on the success of the BrewDog Forest Initiative. BrewDog succeeded because it made mitigating its environmental impact central to its business operation. What’s more, they did so in a very public way. They weren’t afraid to speak openly about their goals and share concrete figures with their customers. BrewDog took full accountability for its environmental impact and in the process likely fostered greater respect and trust from its customer base.

Education is vital when it comes to supporting a social cause. Raising awareness and educating your employees can help you cultivate a long-lasting cultural change within your organisation. It will help ensure that the message your organisation promotes remains consistent and that each and every one of your colleagues lives and breathes the cause it supports.

Get your own house in order first

Before going public with support for a cause, businesses must make sure that their own houses are in order. This from world-renowned creative Dave Trott sums up the pitfalls of failing to do so:

Why does any brand think it falls to the brand to mend a broken world? I think Burger King’s job is to make better hamburgers, pay its employees better and maybe clean up more of the massive amounts of trash they generate. Let’s start there. When you’re perfect at all the things I want from a burger joint, then we can talk about ocean plastic.

When a business advocates for a social cause while other areas of its operation fall short of an expected standard (including how it treats its own staff), it pangs of hypocrisy. This can not only severely undermine its cause marketing efforts, but also expose its brand to reputational damage when its misgivings are inevitably called out by its staff and/or customer base.

For guidance on how to prevent and manage PR crises, see our other article: Extinguishing a PR crisis and minimising risk in the first place.

Using your company as a platform to support a social cause is an admirable pursuit. It's also quickly becoming a must in the B2B world. Increasingly, businesses are insisting on doing business with purpose-driven companies that are committed to contributing to a better world.

For businesses that take a stand, getting it right can heighten brand awareness, improve reputation and, ultimately, contribute to increased revenue. But get it wrong and you'll quickly be exposed. Customers are becoming more and more sophisticated about the framing and purpose of social and political causes and aren't afraid to call businesses out when they get it wrong.

The positive impact you can have, whether it's on your local community or society at large, should be a priority. Getting it right means placing the best interests of the cause you've chosen at the heart of your social good campaign. When it is, your communications will come for a place of greater authenticity, which can foster improved customer loyalty and respect. And customer loyalty and respect is good for business.

If you need help striking the right balance with your social cause marketing efforts, get in touch with Principal Director, Rachel Arquati: r.arquati@clearb2b.com / 01285 626000.

There are many different ways to become a thought leader within your field. Everything from video, and podcasting to your more traditional articles and speaking events can be utilised in order to elevate your position among your professional peers.

Managing stakeholders is hard. Anyone who tells you otherwise is selling something.

If you have been anywhere on the internet in the last few months it would have been hard to miss the term ‘Metaverse’. From gimmick to the future of investing, every opinion is out there.

Digital design continues to evolve year on year, with technological advances allowing for an array of creative opportunities.