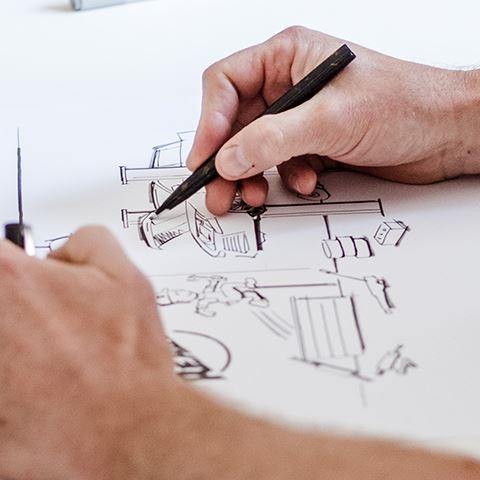 Creative thinking is at the core of every successful campaign. It’s the backbone behind a pitch or an idea and is a key component in delivering meaningful work. While the marketing communications team is generally familiar with the creative process, sometimes it can be a hard sell to the wider business. We take a look at the importance of creativity and how measurement can help to prove its worth.

The importance of creativity
Time and time again, brands with a focus on creative have shown to deliver results. Research commissioned by Adobe found that companies that foster creativity are 3.5x more likely to outperform their peers.

We know that creativity plays a key role in helping to achieve business objectives and standout from competitors; but being creative isn’t easy and sometimes requires a little bravery (think of Cadbury’s Gorilla Campaign). Successful creative work will have impact, quality, style and relevance, as well as a fresh uniqueness about it. In other words, ‘winning’ creativity stands out from the crowd, and that’s what gets results.

Setting out the brief
Developing effective creative work requires preparation and planning. First of all, it’s important to think strategically and design a brief that sets clear targets and objectives. For a more efficient process, it’s crucial to get the most important stakeholders ‘on the bus’ at this stage to agree the brief and facilitate the final sign off.

Where possible, keeping the brief straightforward and centring it around a problem rather than trying to pre-define a solution delivers a better result. This enables the Creatives to think laterally, rather than being constrained to a particular theme or medium.

In developing the brief, it is important to properly consider the scale of the campaign and what you’re trying to achieve. For example, there’s no point relying on a single region print advertising campaign if you’re looking to achieve global perception shifts! However, being realistic about the aims at the outset and setting interim objectives and metrics will keep the work balanced with budgets.

Putting in the groundwork
Spending time at the outset of a campaign’s development for creative thinking is crucial to ensure an effective, stand out campaign that can be implemented consistently across all relevant channels.

“From a designer’s point of view, spending the time on developing a great creative concept at the start of the project can dramatically reduce the amount of time spent throughout the final design stage, as all possible problems have already been considered and resolved. From experience, this also results in fewer client amends!” – Jayne Parker, Senior Designer at Clear B2B.

Reviewing creativity
With the foundations set and thinking done, developing scamps and visuals to explain the concept and demonstrate how it would be applied in the real world is one of the best ways to communicate something as intangible as ‘the big idea.’ Getting an agency to present the work internally is also really effective, as the creative team know the idea inside and out, and with their enthusiasm and passion, really bring it to life.

Because the process can to some degree be considered by some as ‘looking at pictures’, there is a danger that individual subjective perceptions are used to judge quality. However, it is a rare campaign where the person signing off is the same as the target audience! A personal preference for orange over green could be irrelevant in a sustainability campaign for example, and not considering the target audience properly when reviewing will dilute its effectiveness.

When evaluating, it is always important to consider ‘RUM’. Is it Relevant, Unexpected, and Memorable? These are the hallmarks of successful creative. But of course, success goes beyond this. Creative work needs to hit the set objectives in order to achieve results. Go back to the brief and make sure all the boxes are ticked: what is the aim? Who is the target audience? How will this resonate with their challenges? Separating an opinion from quality can be challenging, and although it may sound obvious, working through the brief will go a long way in making sure the objectives can be met.

How do you measure the effectiveness of a creative campaign?
Once the campaign is launched, measuring the effectiveness is crucial to prove the worth of the activity, and this helps with getting budget allocated in the future. And it’s not as hard as it first appears. Measuring creative is just like measuring any other campaign: collect and analyse data and compare it against the set objectives.

This can be done in a number of ways, including measuring clicks, engagement on social media, prompted and unprompted recognition, interviews, focus groups and anecdotal feedback from users, sales teams and journalists – to name a few! Some companies, like Birdseye, use neuroscience and biometrics to measure brain activity and changes in pupil dilation to understand consumers’ emotional reactions to their creative campaigns.

However, whilst data is a key tool to measure the success of creativity, it is important not to get too caught up in it. Data is retrospective. In an interview with Marketing Week, Anna Russel, Audi’s UK brand and retail marketing lead, explains that, by definition, being creative means doing something new. Doing something completely new is hard, but by looking at what has been successful in the past, you can determine what your next piece of creative work will be measured against.

Looking for support with your next project? Contact Rachel Arquati for a fresh look at your creative.

We are looking to recruit an Account Executive to join our busy PR and marketing team here at the head office in Poulton.

Digital marketing metrics are easily accessible and produce compelling reports. But a focus on digital alone can be a risky approach.

Creative business-to-business agency, Clear B2B, has added to its growing collection of accolades with a double win on the same night at some of the marketing industry’s most prestigious awards.